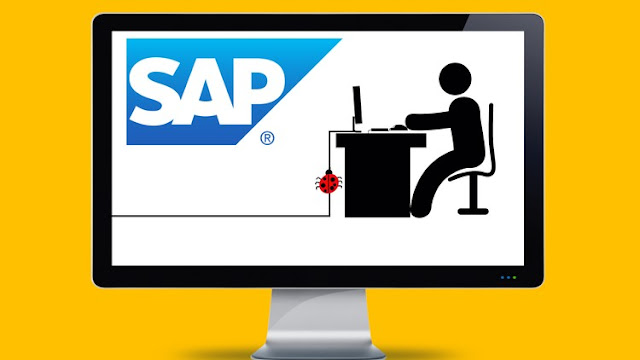 Description
Updated in 2020 : Update SAP S/4 HANA Access video as to include Azure Cloud service
Updated in 2019 : Course updated to show how to debug standard SAP functionality or logic
I have added 2 new lectures in which I debug a standard SAP functionality, and so can you
5 new assignments have been added so that you can practice your debugging skills with me.
Updated in 2017 : Course updated to reflect new content concerning debugging Fiori apps in S/4 HANA
I have added a new lecture on Fiori apps and how to debug them.
The course I wish existed when I was starting out in SAP and Future proof your career today!
Being able to read, understand and debug SAP ABAP code is the number one skillset for anyone working with SAP. Now days all companies are expecting their SAP functional consultants, key users and support staff to be able to debug ABAP code as part of their normal role in bugs fixing, problem solving and as to write better technical and functional documents.
You don't have to learn ABAP programming to debug in ABAP!
This SAP course is designed to help non-programmers quickly learn and debug SAP ABAP code without having to learn all of the complexity of ABAP programming as in all other SAP ABAP courses.
In this course, Abdul Maulud will introduce you to the key ABAP commands required to understand SAP ABAP and the technique as to start debugging ABAP code.
In this course, you will learn
The core ABAP commands to get you started in debugging.
Step by step on how to get debugging. This will cover the most common toolset, transactions, command, resources, etc
How to debug the most common custom ABAP objects (RICEF), from how to debug forms, interfaces to the SAP user-exits.
The debugging approach, from managing function models, BAPIs and even debugging SAP own code!
The “tricks of the trade” from a veteran ABAP developer, from how to find problem code, where variables are used, create break and watch points, and much, much more.
Learn by watching the author goes step by step, debug SAP ABAP code while he explains why and what he is doing so you will be debugging ABAP code in no time.
The course is aimed at non-programmers to learn how to debug code, so we will not covering programming theory or complicated SAP code logic (let's leave that to the programmers), but focusing on practical step by step demonstrations.
Whether you're new to SAP, or just new to the ABAP language, this course is your guide to the rapid, real-world of SAP.
So why waste hundreds of dollars and hours taking a SAP ABAP courses in an attempt to learn everything about programming in ABAP just to write "Hello World" on screen. Learn all the "tricks of the trade" on debugging code from Abdul Maulud and Omar Lucero, both are veterans in SAP consulting who has been debugging code for most of their consulting life.
SAP®, SAP® Best Practices and ASAP are the trademark(s) or registered trademark(s) of SAP SE in Germany and in several other countries.