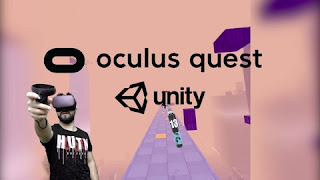 Description
In May 2019, Oculus Quest is released and humanity's hope on Virtual Reality raised again.  Finally, we can truly believe that the age of Virtual Reality has already come...

Because Oculus Quest is not an ordinary VR headset. It is the first successful, standalone VR headset that works without an expensive PC and a boring cable.

As developers, we are so lucky that a revolutionary product is released in our time.

So, it is the best time to develop apps and games for Oculus Quest.

If you agree with me, then this course is for you!  With this course, you can quickly get started with your Oculus Quest Development.

By enrolling this course, you will learn the fundamentals of VR development with Oculus Quest such as:

Configuring a Unity project for Oculus Quest with the new XR Interaction Toolkit from Unity 2019.3

And while learning, you will have so much fun with the game assets featuring Quidditch sport from the Harry Potter universe.

At the end of this course, you will be able to easily prototype your Oculus Quest game/app.

So, come and join me on this journey to become a part of the Oculus Quest legacy.