Tweetme | Build a Twitter-like app step by step with Django

PREVIEW THIS COURSE -.> GET COUPON CODE 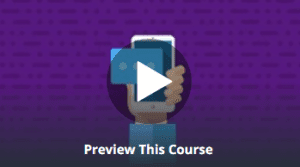 
Description
Social media has changed the way we communicate with each other. The power behind social media allows us to do amazing things together. What exactly is behind it? Well.. it's Simple Web Application concepts that can be applied to ALL and ANY web applications that you may build.

In this course we're going to teach you what's behind how Twitter works. Now, Twitter has hundreds of developers so what we're actually building is the basis of what Twitter once was, the absolute most simple things by learning more Django along the way.

What are we going to learn:

We do everything step-by-step so even if you're an absolute beginner, you can follow along. Cheers!

Who this course is for: